My trip to NYC last Wednesday should have been routine from a saying kaddish perspective. After all I was going to mid-town Manhattan where there are so many minyanim for mincha that there are several maps published with name, location and times. Though I followed “all the rules” I still came up short.

Here is what happened.

I started my day at the YISE “rocket minyan” so that I could make a train to Penn Station that would get me to NYC by mid-morning which would give me plenty of time to get to my first appointment at Madison Ave and 55th Street. Due to train delays I got to my meeting shortly after noon. My meeting lasted longer than planned and at 3:00 pm I left to find a place to grab some lunch where I could sit and call into an important conference call. I was across the street from the Sony Building and decided to go its public arcade where I got a Panini and took my call at a table in the arcade. So far so good.

My call ended a little after 4:00 pm. I checked the Agudah’s minyan map and found a listing that gave me exactly what I needed. My next meeting was at 6:00 pm at 34th Street and Ninth Ave. The Millinery Synagogue at 6th Ave and 38th had a mincha maariv minyan at 5:15 pm. Perfect. I would daven there, say kaddish, make my meeting, and get on an 8:00 pm train back to D.C.

I decided to walk from the Sony Building to the shul as I had plenty of time. I got there early and found a gentleman standing on the street at the front door. He confirmed that there would be a minyan. I entered the sanctuary and was immediately taken aback. The shul was not simply run down; it was decrepit with no heat. 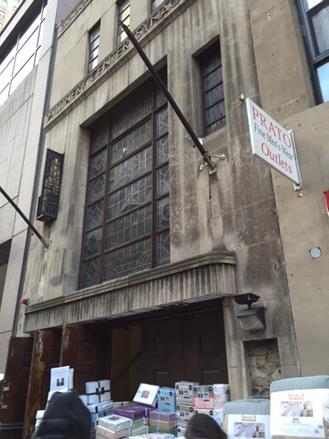 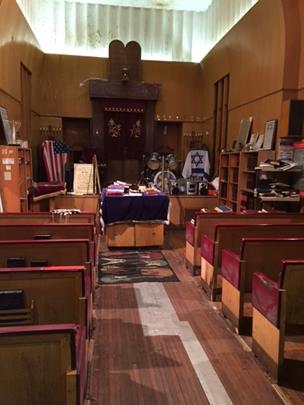 I sat down on a pew and waited. A few minutes later another fellow entered and asked if I was a regular. I said no that I was from out of town and was saying kaddish. We waited and waited and waited until it was 5:20 pm and was obvious that there would not be a minyan. I could not believe it. Not only would I miss mincha I would also miss maariv! In New York City! How could that be?

I walked out of the shul and asked the fellow at the door what was going on. He complained about how many minyanim there are now in office buildings and admitted that they had trouble getting a minyan. “Go to Chabad at 42nd Street and Fifth Avenue”, he instructed me. Great – I had walked past Chabad a half hour ago on my way to the Millinery Shul!.

I threw my briefcase over my shoulder and began to run to Chabad. I got there a few minutes later, ran up the stairs only to find out that they had already davened mincha. Maariv would be at 5:45 pm. I emailed my next meeting that I would be a few minutes late (I hoped only a few!), sat down and waited. At 5:45 pm the minyan started. 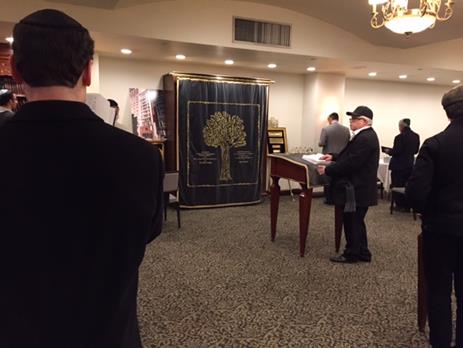 At 8:15 pm I boarded the train home still upset that though I had “followed all the rules” I still missed saying kaddish at mincha.